As part of NGCP's 20th Anniversary celebrations, our Youth Advisory Board will be interviewing influential equity and STEM leaders and partners throughout 2022.

NGCP Board member Dr. Gabriela A. González is the deputy director and operations manager of the Intel Foundation and is an inspiration for all. She began her career with a Manufacturing and Engineering Management degree but quickly realized there was missing something in the science fields: Humanity. With her newfound interest in understanding the human-science interaction, she pursued and received her PhD in Human and Social Dimensions of Science and Technology. She is now the deputy director at Intel, an amazing victory. However, every victory comes with a journey, and Dr. González’s is no exception. 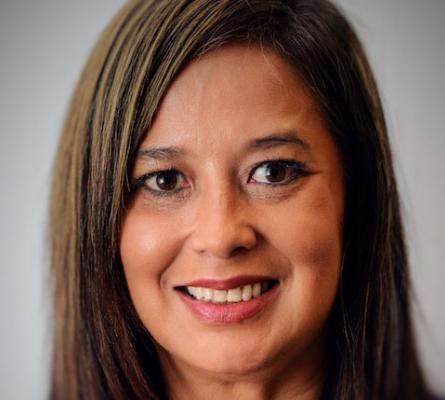 Dr. González shared her journey with members of the Youth Advisory Board. From humble origins, she and her family immigrated to Texas, relying on food stamps, living in public housing, and they did not speak English. She also did not learn calculus or physics in high school, necessary courses for an engineering degree. It seemed impossible for her, yet now we say Doctor González. From a church group leader, she was introduced to a person at the University of Washington, who asked about her interest in engineering. As a woman, she could get many scholarships for engineering. “What’s engineering?” she responded. “But sign me up.” Engineering chose her, as she likes to say. Anything that could get her into college was worth it, and she chased that dream. Through her chase, she was not met with welcoming arms. She was constantly told “don't go into electrical or aerospace because those are not for women,” yet, she did. She did it to prove them wrong. As a woman, a Mexican, an immigrant, and a person in poverty, there was much stacked against her, but nothing stopped her. Dr. González was able to overcome the language barrier, financial barrier, immigrant barrier, and sexist barrier.

Through her industrial engineering experiences, she began to look around at the men, and asked: "Where are the women?” Someone told her, “by the year 2005, we will reach parity in gender representation for engineering,” but looking around she didn't see how that could be possible. She began investigating, asking questions, and found no satisfying answers. That’s when she decided to go back to school to study Human and Social Dimensions of Science and Technology at Arizona State University. Through her studies, she found that girls did not avoid engineering because they “don't like math” or because “engineering is too hard.” She doesn’t believe this way of thinking…“girls are not broken.” According to Dr. González, “there's something inherently problematic…the problem lies in the culture.”

Dr. González articulated that the system needs to be fixed, and with this, girls need to chase their dreams and find their passion. To find passion, she urged girls to find “work that you're willing to do without getting paid” and "to connect your passion to your work…that’s when you hit gold.” She concluded with a final word of advice, tying her previous messages together. She insisted that girls must follow their passions despite educational, financial, and social difficulties. Dr. González is a symbol of success and accomplishment reflected by her career, and she is a symbol of inspiration and persistence for all.

Erika VK. is passionate about the STEM fields, especially science and math. Erika is part of her school’s Mu Alpha Theta Club as well as Girl Scouts, where she is currently leading a project focused on introducing young girls to STEM.

Amanda K. is passionate about STEM, and plans to continue on this path in the future. She first discovered the gender gap in STEM when she showed up to a biology club meeting and was the only girl. Amanda is the founder of the non-profit Pop for a Cause, which sells popcorn and donates 100% of profits towards charitable causes.