Growing up in Princeton New Jersey, service has always been a part of our lives and our family’s. When we first moved to Princeton, there was barely any Latinx representation in the community spaces and events. Identifying these issues, our family decided to take action and have been helping our local art center organize The Day of the Dead Celebration. Then a few years later, our family partnered with our local library to organize and create the Festival Cultural Latino, which celebrates Hispanic Heritage month. In addition to this, e​very summer our family organizes a program, called the ​Red Umbrella Princeton,​ in order to promote youth literacy, where we have special guests read to children, give away books, do an art project, and eat some watermelon! 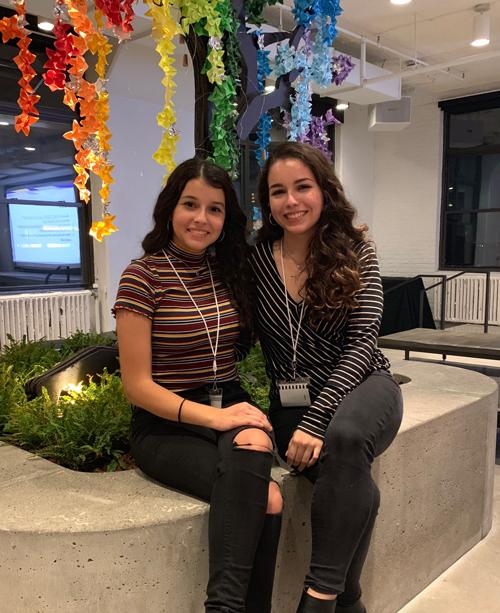 When my older sister entered high school and took her first computer science (CS) class, she realized that she was the only Latina student in her classes. As a way to make sure that her younger sister didn’t experience “being the only Latina in class”, we applied for an all-girls coding camp over the summer called Kode With Klossy. This was an incredible experience, but back in the school year, I experienced the same disparities my sister did. ​No one seemed to care. It was “the norm.” Instead of waiting around for an adult to take charge and try to encourage girls to take CS courses, my older sister (now a student at Princeton University) and I decided to take matters into our own hands.

To do this, we created two new computer science courses now offered at the Princeton Public Library. The first course, called ​Girl Code,​ inspired by the environment fostered by Kode With Klossy, is geared towards middle-school girls, with the hopes that they take an interest in and pursue other computer science classes when reaching high school. The second course is called ​Code It, and it is open to all kids between the fourth and eighth grade. The response has been incredible, with both courses being overbooked. Initially the courses were only going to be in the fall of its first year, but with so much demand, we expanded to a full year course. We are now in its second year with a mailing list of approximately 133 students who have signed up. 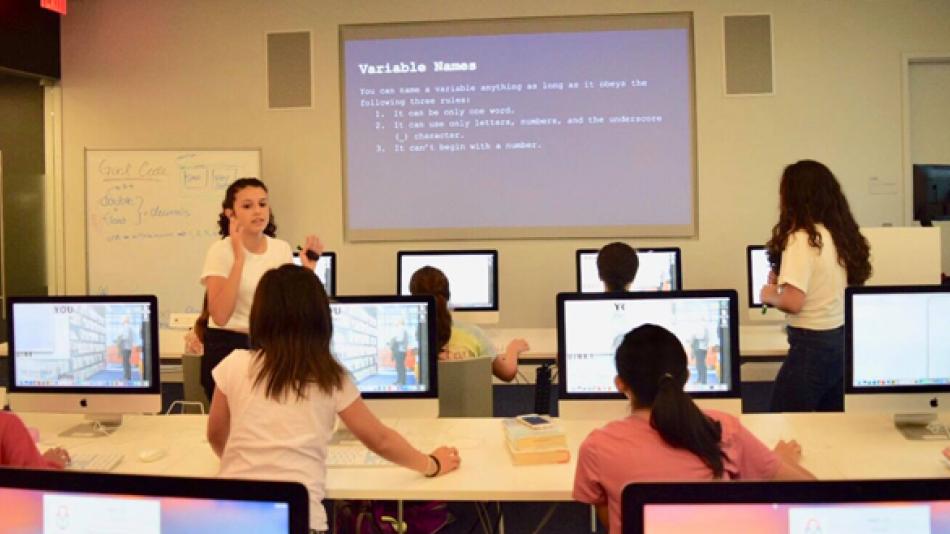 While it is extremely nerve-wracking putting together the lesson plans, when we are actually teaching, it is one of the best feelings we have ever had, especially knowing that we are somehow getting girls on the path to gaining more computer science skills. It is something we never thought we could have accomplished. My sister and I have also been working on a website called ​Code Equal, with free tutorials for all to use no matter their socioeconomic standing, racial/ethnic background, or gender.

Through Code Equal (Code It & Girl Code), we wanted students who cannot afford to take computer science classes to get a chance to experience and learn for free. We also did it with the intention of getting more girls and students of underrepresented backgrounds into computer science classrooms in high school. By making this conscious and active effort, we are reaching the population in a way that addresses equity and diversity at its core.

Kyara & Valeria Torres-Olivares and the Co-Founders of Code Equal. Code Equal's mission is to empower girls and students of underrepresented backgrounds in STEAM through the power of code. Stay updated on their Code Equal work on Facebook and on Instagram.